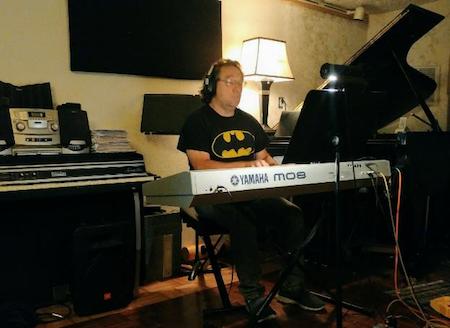 I will give your tracks the perfect Piano, Organ, Keyboard, and Synth accompaniment. Whether it’s a simple piano part, a bleeding synth solo, or full arsenal of keyboard power, I have you covered. I will do up to three revisions. Revisions include track edits, different sounds or textures, or different concepts in playing style. For solos, I will do up to three different takes. The solo takes will consist of three different approaches to each solo, with up to three different sounds. And of course, the revisions will be included with the chosen solo as well. I also offer multiple track discounts. If you need that sort of treatment on your track, please ask for a custom offer.

*I have 35 years’ experience in the music industry. I toured with George Strait for 10 years and played keyboards, mandolin, and acoustic guitar. I can be heard on multi-platinum records for him and Alan Jackson and Jimmy Buffet. I also played keyboards with Eddie Money, Dan Tracey (Alan Parsons), Save The World, Lou Rawls, Nell Carter and many more.

I Have four Grammy Nominations as producer, arranger, keyboardist and guitarist for Latin recording artist Tinker V. I played piano and acoustic guitar on Buddy Jewell’s recent No.1 hit “I’m There” on Billboard’s Country Christian Charts.

Hello, My Name is Jeff Sturms. I have 35 years’ experience in the music industry. I toured with George Strait for 10 years. I can be heard on multi-platinum records for him and Alan Jackson and Jimmy Buffet. I also played keyboa...
View Full Profile »

Other Services By Jeff Sturms

PROFESSIONAL UNIQUE PIANO RECORDINGS IN ANY GENRE for $90

Top Pop and Country Piano tracks for your songs for $120