In Guitar 100% Guarantee By Jeff Sturms 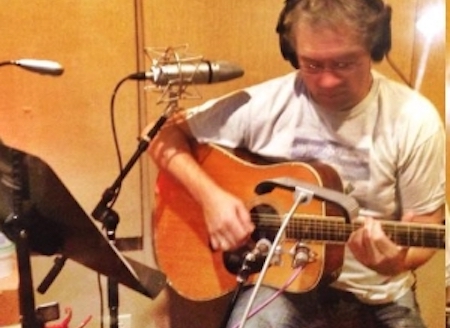 I will give your tracks the perfect guitar accompaniment. Whether it’s acoustic finger-picked, a screaming solo, or multiple tracks of various stringed instruments, I have you covered.

I have 35 years’ experience in the music industry. I toured with George Strait for 10 years and played Keyboards, mandolin (first year) and acoustic guitar (remaining years). I can be heard on multi-platinum records for him and Alan Jackson and Jimmy Buffet. I also played keyboards with Eddie Money, Dan Tracey (Alan Parsons), Save The World, Lou Rawls, Nell Carter and many more.

Story of Me and You- Julie Gribble

Hello, My Name is Jeff Sturms. I have 35 years’ experience in the music industry. I toured with George Strait for 10 years. I can be heard on multi-platinum records for him and Alan Jackson and Jimmy Buffet. I also played keyboa...
View Full Profile »

Other Services By Jeff Sturms

full treatment pro guitar tracks acoustic & electric by Joost Zoeteman: jazz, pop, funk, gypsy jazz, and everything in between for $125

Heartfelt guitars acoustic and electric for $80