Professional Keyboard Tracks Specializing in Hammond Organ Styles ala Jon Lord, Rick Wakeman, Jordan Rudess as well as Symphonic and Prog Rock. I can also produce a wide range of styles as well. for $100

Professional Keyboard Tracks Specializing in Hammond Organ Styles ala Jon Lord, Rick Wakeman, Jordan Rudess as well as Symphonic and Prog Rock. I can also produce a wide range of styles as well. for $100

Brook Hansen
Graduate of The Music and Arts institute of San Francisco, Brook is a
World class professional Keyboardist, songwriter, and producer, Brooks is the main composer producer and keyboardist for The Prog Rock Orchestra
who have performed on Cruise to the Edge and the Moodies Cruises
My keyboard style is reminiscent of artists such as The Trans Siberian
Orchestra, Dream Theater, Yanni, Enigma, Rick Wakeman, and his
An extremely versatile player, with strong
backing vocals. Having covered virtually every style of music, country
to jazz, techno to reggae. He has extensive touring and recording
experience and has worked in many of the top L.A. and Nashville
Studios, including the Record Plant, West Lake Audio, Sound City,
Omni sound The Sound Kitchen, Sony, RCA and The Nashville Hit
Factory. Currently he works out of Las Vegas, and Los Angeles
producing, writing, and touring.
Brook’s own Prog Rock Orchestra Opened for Yes, Steve Hackett
(Genesis) Ambrosia, Greg Lake, Carl Palmer, other touring credits
include country artists Chris Cagle, Steve Holy, and Michael Parrish
(Four time Las Vegas Entertainer of the year). He has also been the
musical director for Legends In Motion, and the Famous artists show in
Seoul Korea, and many production shows over seas featuring such
impersonators as Elvis, Michael Jackson, Madonna, Shania Twain, Garth Brooks, Reba,
Willie Nelson, Gloria Estefan Rod Stewart, and Mick Jagger as well as touring with
multi platinum acts, The Drifters, The Coasters, and The Fortune's. He
has also toured throughout Europe and Asia with Atlanta based
recording artist's Absence of Color opening for such artist's such as
Nelly, Jay Z, and Usher, Brook has also performed throughout the world
with several Elvis impersonators and played keyboards for several
tribute acts such as Journey, Santana, and The Black Crows.
Brook was also the founder and main songwriter for the L.A.
progressive rock ensemble "HUNTER" produced by Bobby Kimball
(Toto). He has recorded on numerous independent albums as well as
being a member of the band "TAKARA" featuring Jeff Scott Soto
(Yngwie Malmsteen). Brook is the owner of the PROGDUDE studios in
Nashville a Pro Tools based recording studio. Brook has also composed
music for Film and TV jingles, also touring, writing, and recording with
Southern Rock legend Neil Carswell
Prog Rock Orchestra,com
The Star You Are , Hunter L.A. Crossfire
available from Retrospect records, CD Baby, Am 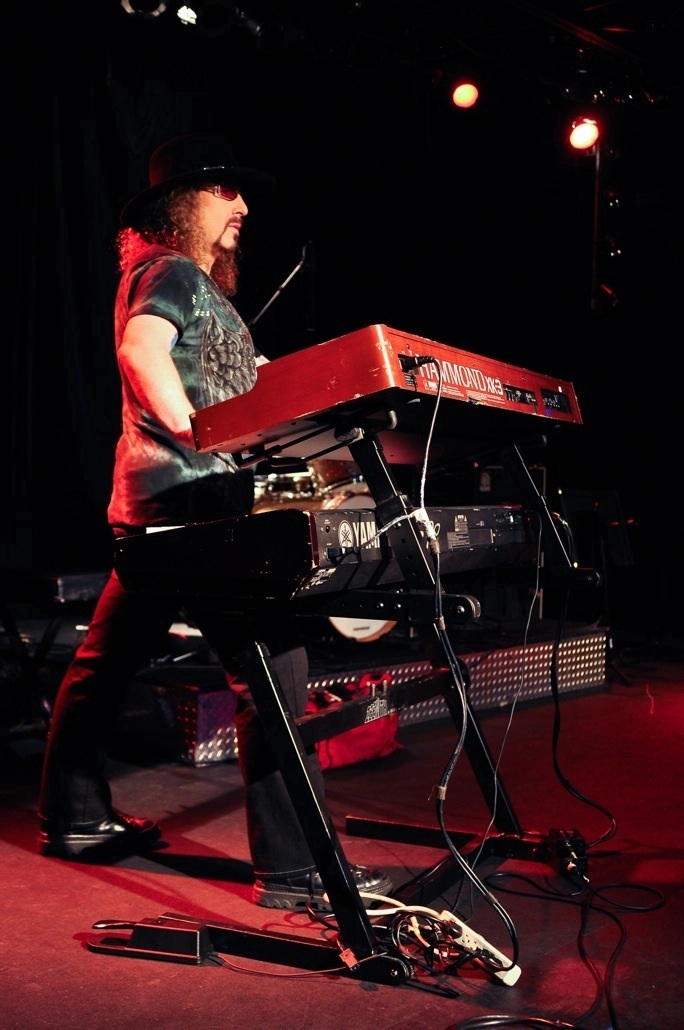 Real Organ, Piano, and Synths On Your Track By A Real Nashville Session Musician for $75

Nashville Studio keyboard player- Piano, Hammond B3 or other keyboard tracks for $150