Full Production Mixing and Mastering for One Song for $425

In Song Production 100% Guarantee By Josh Gold - The Basement... 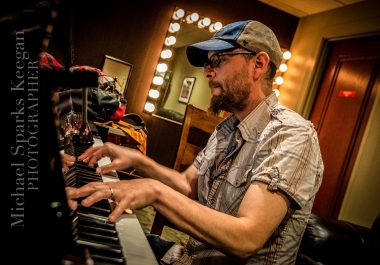 Full Production Mixing and Mastering for One Song for $425

As the owner/engineer/producer at The Basement Studio in Malden, MA, I'll work with you to make sure your vision is captured in the music. Each song has a unique way of reaching it's goal and we'll find that together. Any music that is created by a passionate artist speaks to me!I love the process of helping a song find a life!

To get started, I'd ask you to send me some reference songs that have the sound you are going for.

I believe that great communication helps create great music. Please don't hesitate to get in touch with me throughout the process if you have thoughts or questions!

I play keys and can cover all keys parts as well as virtual instruments, samples, and drum programming. I can also cover some background vocal parts. This is all included in the price. If you would like any other additional instrumentation, that can be done on your end on hired through my studio for $90 per musician. (Live drums, guitar, bass, violin, etc...)

Should this song become profitable with my production, (either from streams, sales, or licensing) i would just ask for a producer percentage (variable depending on my level of involvement).

Other Services By Josh Gold - The Basement...

Full Mix and Master for One Song for $225

Production: your song arranged, recorded, mixed and ready for mastering! for $400