In Vocals In Vocals (Female) By Ashley Jana 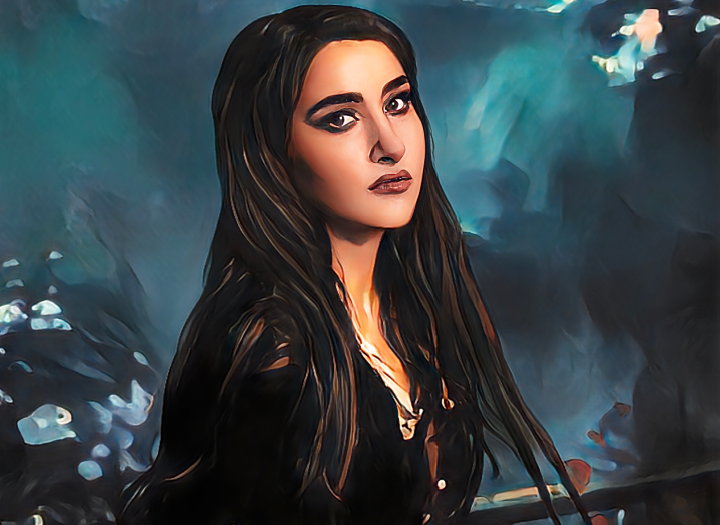 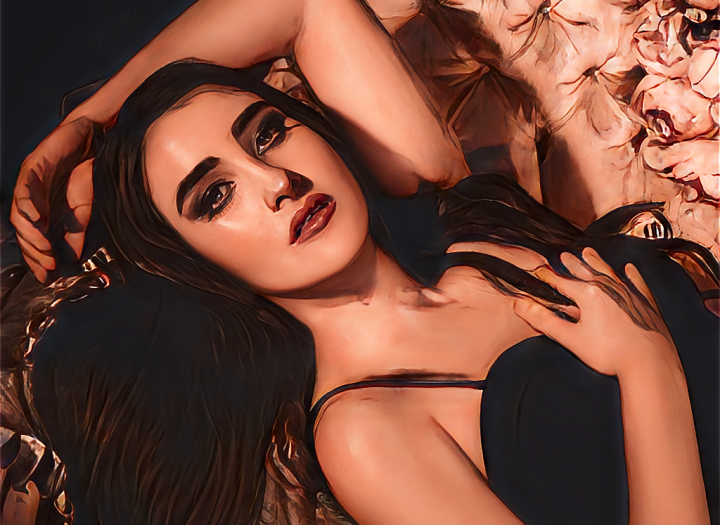 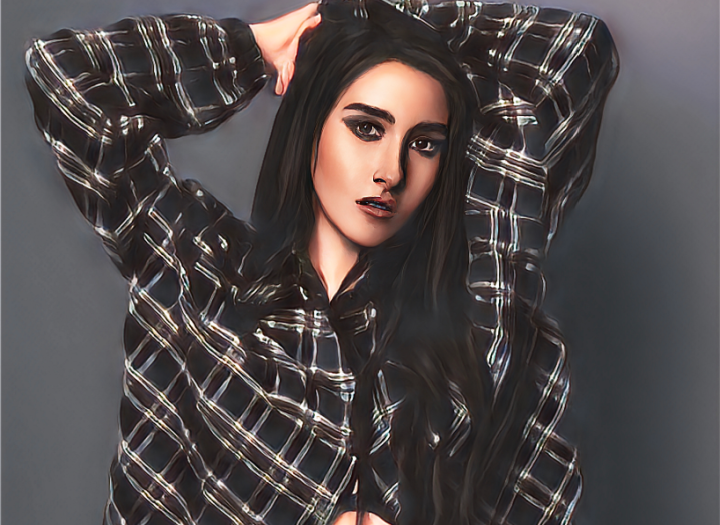 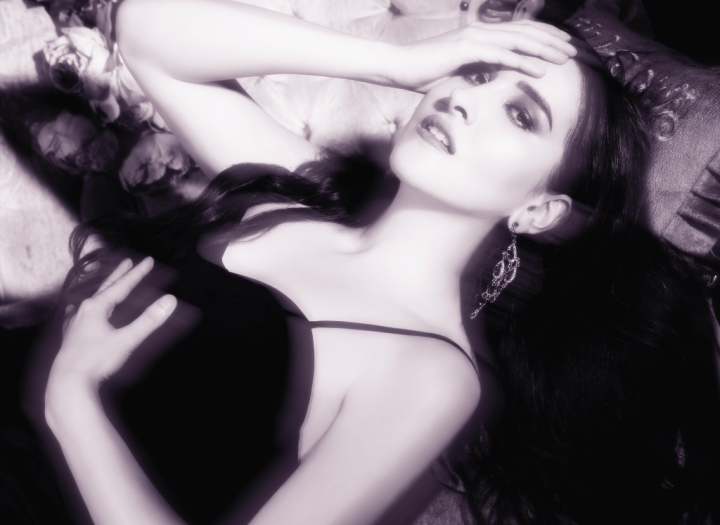 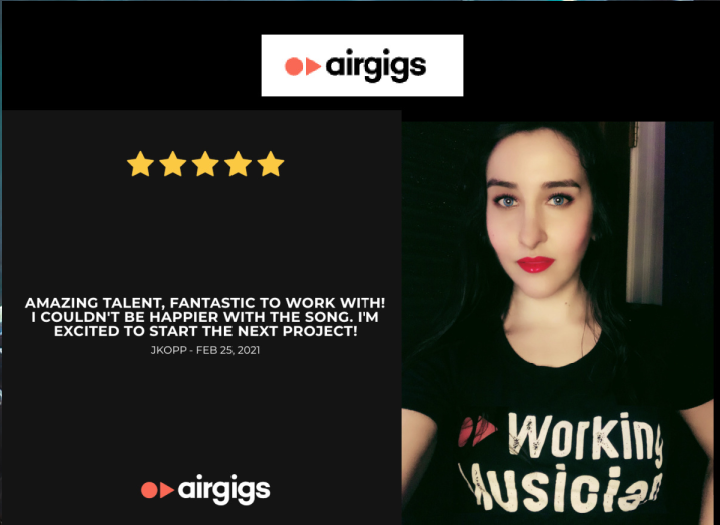 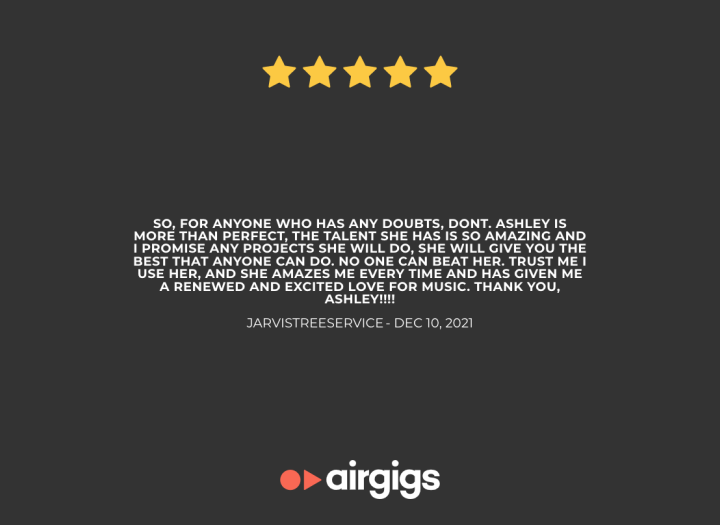 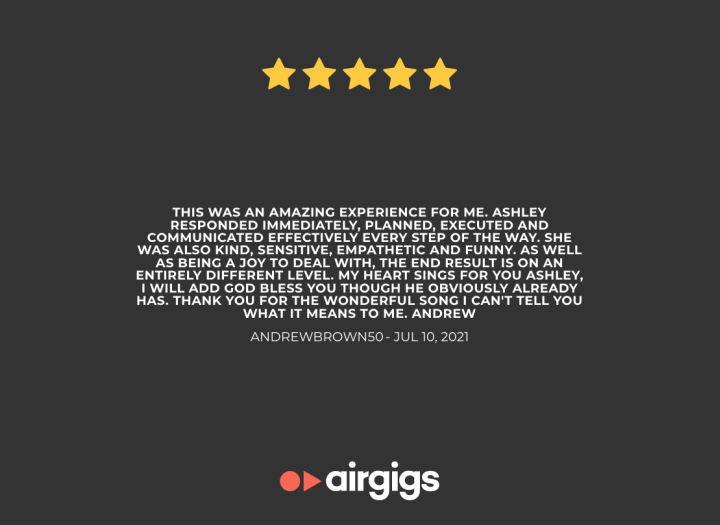 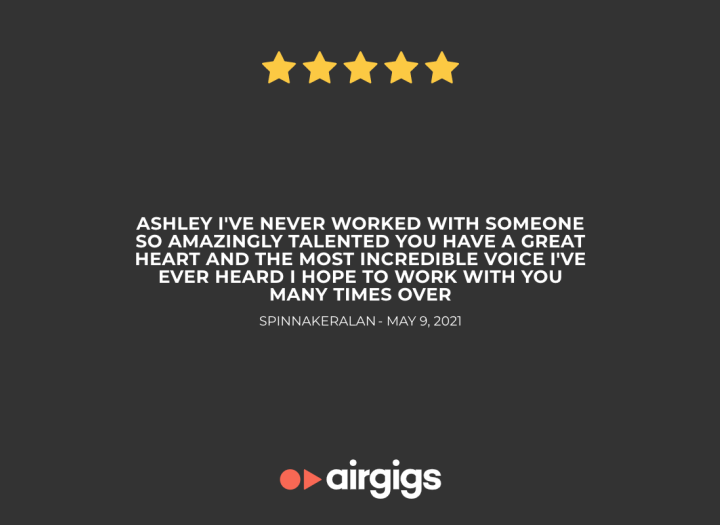 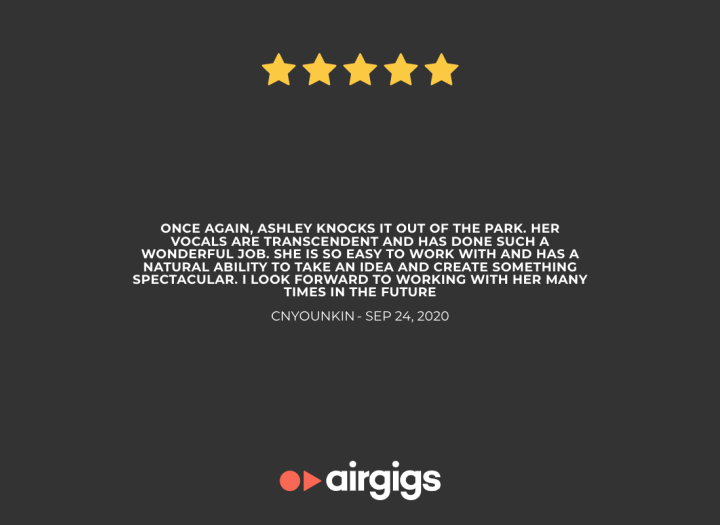 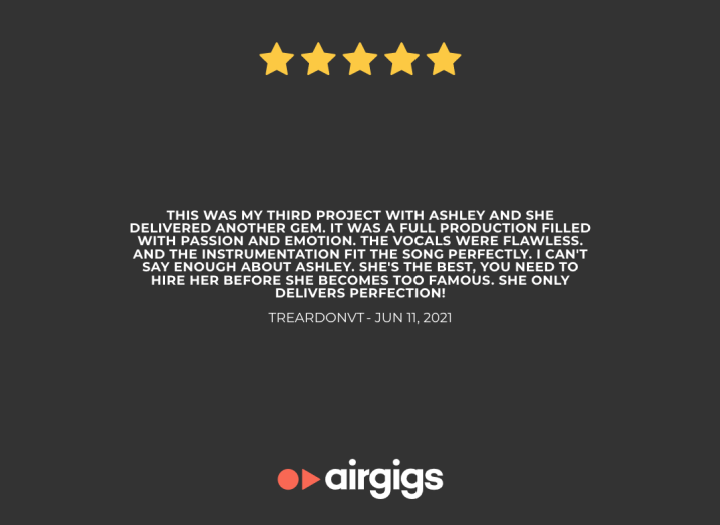 My name is Ashley Jana and I am an NYC based producer/singer/songwriter/pianist/engineer. ​I love to sing and record vocals for music of all genres (Pop, Pop Rock, EDM, Folk, Hip Hop, House, R&B, Singer-Songwriter, Soul, Techno, Trance, Musical Theatre, Broadway, etc), and the same goes for my instrumental production, songwriting, vocal editing, piano, mixing, & mastering services. In addition to providing vocals, I can provide you with a radio-ready single (from top to bottom, with an instrumental and all) that you can release (using either my vocals or your vocals).

With 19 song placements on the cult hit "Dance Moms", hundreds of sync placements on over 50 TV shows, over 100,000 mp3s sold, over 20,000,000 youtube views garnered collectively, a song placement on the hit show "Empire" (”Feels So Good”), a single placement with the famous Italian artist Giorgia (”Scelgo Ancora Te”), and a song placement on the best selling female Kpop girl group album of 2016 (”Jelly Jelly” by Twice), music is my life. I have had the the pleasure of working with Grammy Award & Grammy Record Of The Year winning producer Rodney “Dark Child” Jerkins, Roc Nation & JYP - Warner Japan, and I would be happy to work with you as well! :)

Gear Highlights: I invested a lot into my studio so that I could pack it to the brim with high quality musical devices, hardware, and plugins. I work primarily within Logic Pro X, and while working on my projects, I love to tap into my my collection of over 100 Universal Audio plugins. I also use Melodyne, FabFilter, Izotope, Sound Toys, Waves Plugins, and more. For vocals, I have an ADK Z-Mod 251 Studio Microphone (hung upside down, just to get the quality that much higher). The microphone runs through my beloved Apollo 6 Mixing Console (which improves the quality of the vocal even further), and I also invested a ton of time and energy into my vocal chain and fx. For instrumental production, I have a massive Splice / Loopmasters / Big Fish Audio / Reveal Sound sample library along with tons of virtual instruments (Spire, Serum, Insolidus (Huge Choir), Hans Zimmer Strings, Hans Zimmer Piano, 8dio Cello & Violin, and more). For the piano, I use a Studiologic SL88 Grand Hammer Action Keyboard Controller. For tuning and editing vocals, I primarily use Melodyne and also Autotune Realtime Advanced printing (while recording live).

So what are you waiting for? Let's get started! :)

Cinematic / Pop - I was the Songwriter, Vocalist & Co-Producer (Vocal & Instrumental) for this song

My name is Ashley Jana and I am an NYC based singer/songwriter/piano player/instrumental producer. ​I love to sing and record vocals for music of all genres, and the same goes for my instrumental production, songwriting, vocal editing, p...
View Full Profile »

I will sing and record your demo song for $100

Lead Vocals and Harmonies for $125