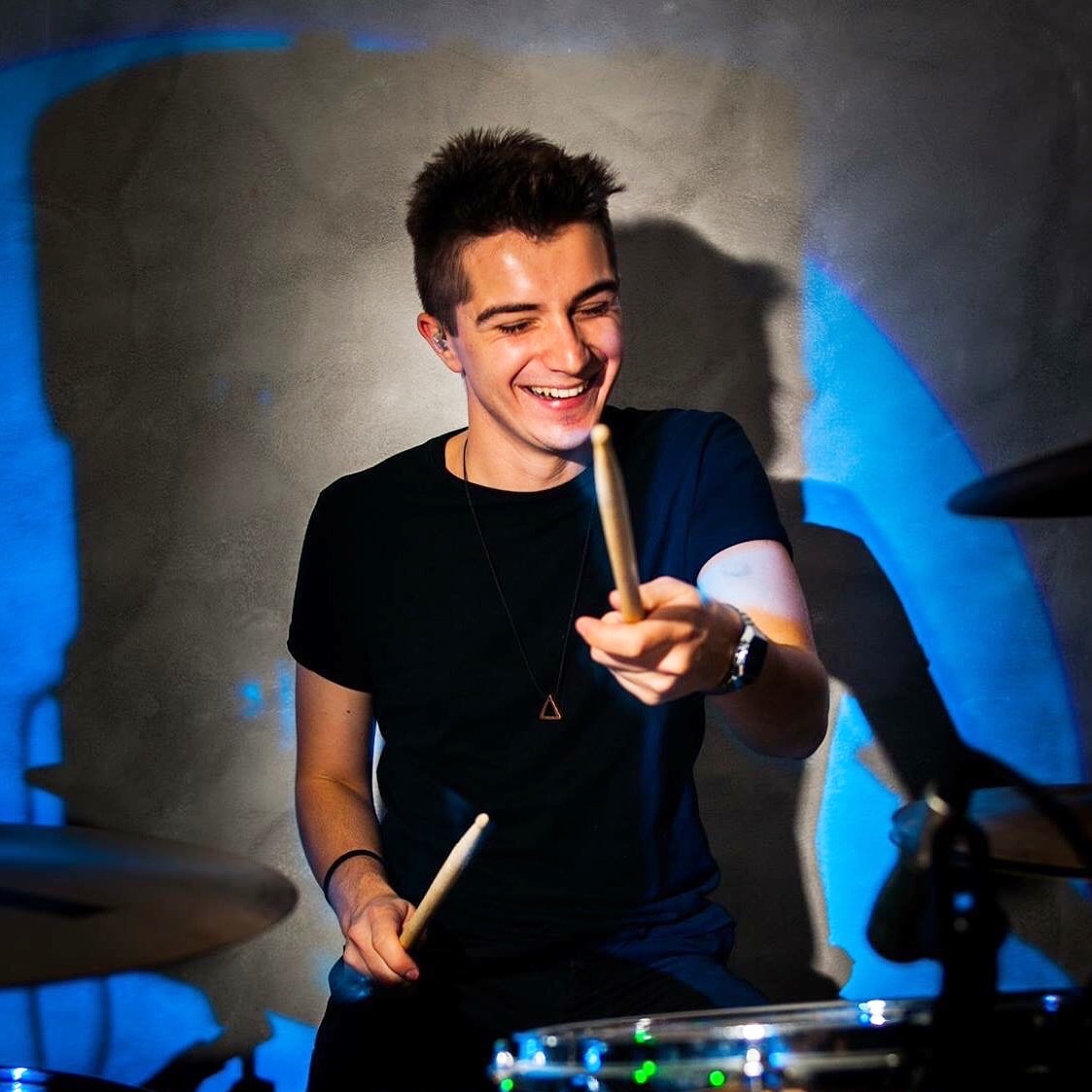 Matteo Andrigo was born in Tradate in 1995. Since he was a child, Matteo was fascinated by music. He first played drums at the age of 4 and he started his studies with Emilio Bonvini, at Liceo Musicale Bellini in Tradate. At the age of 13 he met his mentor and teacher Roberto Gualdi who brings him at CPM music school in Milano. Matteo attended here the Diploma Course in Popoular Music. During the years of his studies Matteo had a lot of music experiences with musicians and students. He became the drummer of many bands (and joined a lot of project).
For example Matteo was chosen for an exhibition by Mary Setrakian, the personal vocal coach of the Titanic Movie’s actress Nikon Kidman.
In 2011 came out the first Global Eclipse’s EP called “Senza metà da qui”, later in 2014 came out the second recording called “Gli opposti si attragono” available on Spotify and iTunes.
Since 2015 he is part of Tra Liga e Realtà , a Luciano Ligabue’s Tribute Band. With this band Matteo has done more than twohundred gig around Italy and Switzerland. He had the privilege to share the stage with Federico Poggipollini, Mel Previte, Robby Pellati, Maurizio Solieri e Antonio Rigo Righetti.
In 2015 Matteo graduated at the CPM Music Institute, now he has taught at Scuola Montessori Como, Filarmonica “A. Ponichelli” in Vedano Olona, Corpo Musicale in Venegono Superiore, Istituto Musicale Rusconi.
Matteo now is a student of Giuseppe Verdi Conservatory in Milan (Italy). He's studying the Jazz Drumming course.
Matteo also has had experience with The Throttle Trio, Slash Dot, Audiofono, Mary Setrakian, Keith Middleton (STOMP), Barlume Funk Company, Baudelaire’s Conspiracy, Sergio Bancone, Riverplant Music Studio for Rovagnati, Triuggio Marching Show Band for SKY Italia, The Blues Noise – The Blues Brothers Official Tribute, Lorenzo Buttironi, Alea and The Sit, Tiziano Ferro tribute show, Roland, VModa.
He played drums in plus of 80 works on Airgigs site.
Since April 2015 Matteo has been endorser for Vater Drumsticks, an international drumsticks’ company.

Drum Tracks for you song